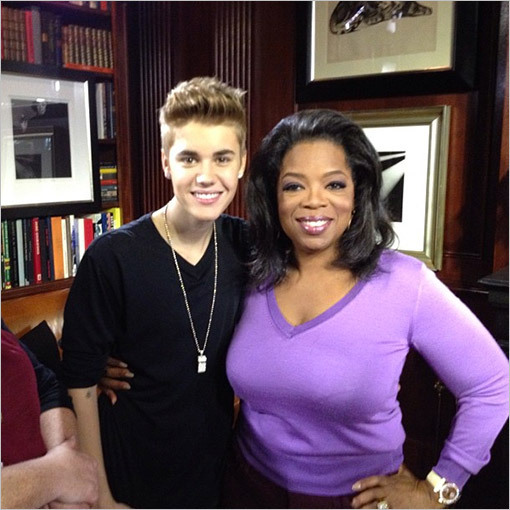 The talk-show host announced via a tweet that she would be interviewing Justin Bieber as part of her Oprah’s Next Chapter series. His episode will air Nov. 25 on OWN. Her other recent tweets inform us that she attended a Believe concert, quotes “One Less Lonely Girl” and –eat your heart out, teens! — posts a photo of herself backstage.

Oprah’s recent chats with Rihanna and Kelsey Grammer have shown that Oprah has no qualms about going there – but I can’t really think what super-scandalous revelations could come out about Bieber. His biggest threat to his image was the baby drama, which, while hilarious for a parody, turned out to be untrue.

Wondering which TV shows to watch to stay informed as the election approaches? Here’s a tip: Avoid the news. Stick with the comics and...
Read more
Tv Shows

Simon Cowell is kinda-sorta confirming that Britain’s The X Factor will have an American counterpart. According to Cowell, “I think the show will go to...
Read more
Tv Shows

PHILADELPHIA – Jon and Kate Gosselin will likely ring in the new year as husband and wife as they await a final divorce decree. A...
Read more
Tv Shows

November 27: A day that will forever ring out in infamy. (And not because it's the day Tiger Woods smashed his Escalade into a...
Read more